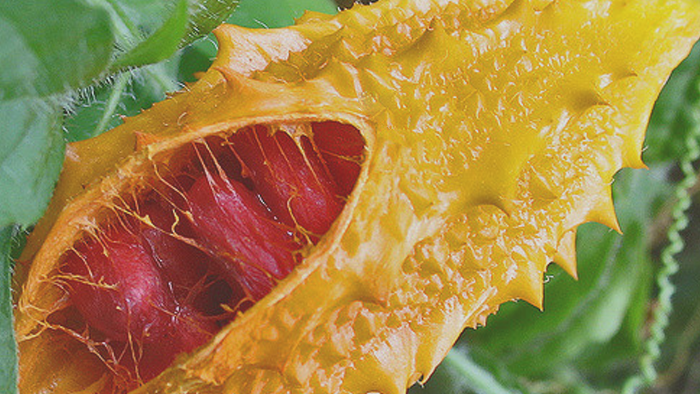 Ranked as one of the five most important healing plants, research has confirmed bitter melon’s power to lower blood sugar in diabetic patients and to fight cancer.

Botanically, it belongs to the same family as squash, watermelon, cantaloupes and cucumber: Cucurbitaceae,  and its genus is Momordica.

Interestingly enough, the Latin name ‘Momordica’ translates as ‘to bite’, referring to the jagged edges of bitter melon’s leaves, which appear as if they have been bitten!

The herb traditionally thrives in tropical areas, including parts of the Amazon, East Africa, and the Caribbean, and is cultivated throughout South America and Asia as both food and medicine. Since ancient times, its fruits and leaves have been used in the folk medicine traditions of several cultures, including those of China, India, Africa, and the West Indies.

11 reasons why you should get familiar with Momordica charantia: