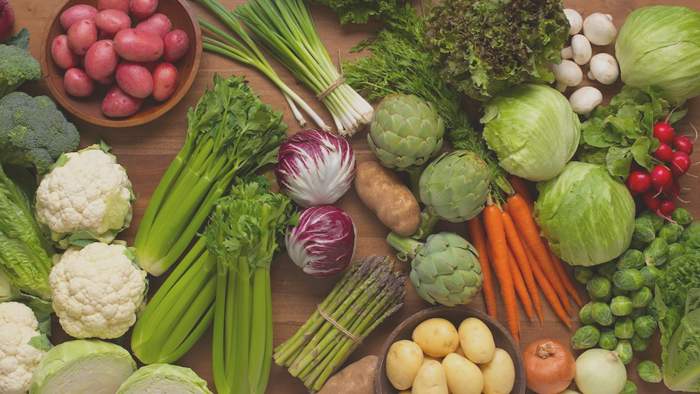 Posted at 21:04h in Aphrodisiacs, Food by admin

ARTICHOKE: Greek mythology claims that Zeus was responsible for the creation of the artichoke. After being rejected from a young beautiful mortal women named Cynara, Zeus transformed her into the plant we know today as the artichoke! Besides their history in Greek mythology, artichokes have been considered a delicacy and a potent aphrodisiac. In Ancient Greece, the artichoke was attributed to being effective in securing the birth of boys. Even the Ancient Egyptians believed that the vegetable enhanced sexual power and aided in conception.In the 16th century, Catherine de Medici, known for her insatiable appetite for both food and romance, was credited in making artichokes notorious. She brought the vegetable to France for her marriage to Henry II. Yet the women of the time were forbidden from eating the aphrodisiac due to its powerful libido enhancing qualities.  Catherine de Medici’s court thought of her as scandalous as she ate too many artichokes, but Henry wasn’t complaining! 17th century French writer and sexologist, Dr. Nicolas Venette reported that Swedish women who were neglected in the bedroom would serve artichokes to their husbands in order to increase their desire and stamina. Perhaps the artichoke’s aphrodisiac qualities are mostly a result from folklore, they are, nevertheless packed with healthy antioxidants, one of the highest reported for vegetables, and are delicious too!

ARUGULA: Arugula is one of the renowned ‘love drugs’ and has been used as a natural aphrodisiac since the 1st century AD when Greek philosophers such as Pilny, Dioscorides, and others identified it as a food with the ability to increase libido. In Ancient Roman times, the Roman Empire venerated the vegetable, associating it with Priapus, a minor Roman ‘God of Fertility’, who was portrayed as having an enormous phallus! The Romans also used it in various love concoctions, as it was believed to be a potent stimulant. The minerals and antioxidants within arugula inhibit the introduction of potentially libido-reducing contaminants into your system, making them essential for the health of your reproductive organs.

ASPARAGUS: Since ancient times, almost all civilisations have lauded the aphrodisiac qualities of asparagus. The Ancient Greeks referred to the vegetable in their love poetry, while the Kama Sutra advised it as a paste. Asparagus has also been celebrated for its aphrodisiac powers in al-Nafzawi’s The Perfumed Garden, a 15th century Arabic sex manual. In 19th century France, bridegrooms were served three courses of the vegetable at their prenuptial dinners, hoping to boost their sexual prowess. Asparagus is a rich source of vitamin B, known as folate, which boosts histamine production. Roughly translated, this component helps in the production of sex hormones and for both sexes to reach the heights of an orgasm!

CARROT: Since antiquity, the phallus-shaped carrot has been associated with sexual stimulations. Due to high content of its vitamin A and beta-carotene, it is ascribed the power to feed sexual appetites. The Ancient Greeks referred to the carrot as a Philtron, meaning love charm, believing that it made both men and women more affectionate. The vegetable has also been used by early Middle Eastern royalty to aid seduction, in particular, Ancient Afghani royalty were rumoured to use them in seduction efforts. The Elizabethans, on the other hand, believed that consuming carrots would further the interest of Venus, granting the eater pure delight and pleasure. Perhaps more interesting, gentlemen in Tehran in the 1870’s stewed carrots in sugar in order to increase the quality and quantity of sperm!

CELERY: Although celery might seem like the ‘plain Jane’ vegetable, it is in fact a powerhouse in the aphrodisiac department and holds aphrodisiac powers beyond its phallus form! It has been one of the oldest Chinese remedies for treating impotence. Even in the Middle Ages, the power of celery was well understood, according to a quote unearthed in the 18th century by Grimod de la Reyniere, “it is enough to stress that [celery] is not in any way a salad for bachelors.” Celery contains, in its aroma, one important steroid called androsterone; a male sex hormone that stimulates a woman’s erotic desire when released in sweat. Because of these properties, this vegetable has long been known as a very powerful herbal Viagra. Moreover, it is also rumoured to increase the volume of male ’emissions’ when eaten in large quantities.

ONION: The history of onions as aphrodisiacs dates back thousands of years as the Chaldeans, Egyptians, Romans, Greeks and Arabs were very much aware of the vegetable’s beneficial effects on the human libido. In Ancient Greece, onions were commonly used as an aphrodisiac remedy, while in the days of the Ancient Egyptians celibate priests were forbidden from consuming the vegetable due to the potential effects it had on their libido. Onions are even mentioned in Ancient Hindu and Arabic texts on the art of lovemaking. Old French tradition recommends newlyweds to consume onion soup the day after their wedding night in order to restore sexual energy and libido.