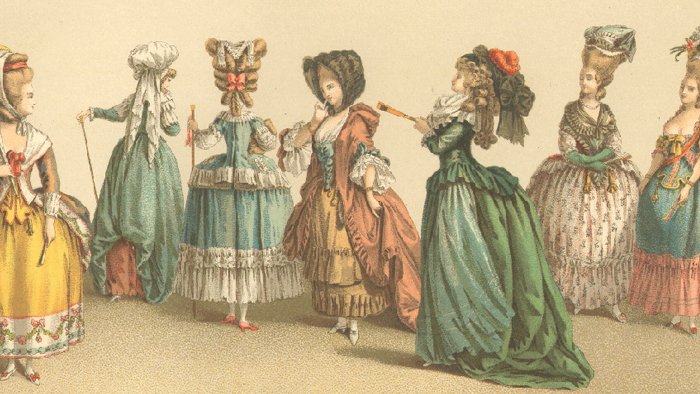 14 Jul A Love Affair with Hair

Posted at 15:12h in Beauty, History by admin

Hair has always been an alluring adornment. It has also been the focal point in which a woman can best express her artistic talent and highlight her beauty. But hair has not just been an accessory, it has also been a statement, and an extension of one’s identity. For some, it has been a signifier of kinship, age, ethnicity, and social standing. Additionally, many believed that as the most elevated point of the body, hair has been the closest to the divine and was the channel of communication!

This week, we have singled out three interesting historical facts on hair and some adornment practices!

In 18th century France, hairdressers would outdo dress designers, constructing monuments out of hair with intricate and rather complex accessories that were intended to represent various feelings or depict current events. Perhaps one of the most impressive wigs during this time belonged to Duchess of Chartres. Decked with gauze and ribbon, this Duchess’s hairstyle incorporated a doll of her son in the arms of his nurse, watched over by a parrot, which was in turn supervised by a black servant boy! With such opulent hairstyles, these women would even have to crouch on their knees in order to fit into their carriages!

In the courts of the Mangbetu Kingdom, 19th century northeastern Zaire, elongated heads denoted majesty and status. Infants would have their skulls pressed and wrapped in either giraffe hide or wood, and as the head would grow, bands were replaced until an elongated head began to take shape. This process was thought to increase the brain cavity and thus the intelligence of the child. Accordingly, Mangbetu hairstyles were developed to accentuate the shape of the head. After much of the hair is braided, a number of the strands are skilfully interwoven with straw to form a cylindrical design which is secured to the scalp with hairpins made of bone!

Around 5,000 years ago, the Ancient Egyptians, would shave their heads in order to prevent head lice inhabiting their hair. They wore wigs, which would also protect their bald heads from the harsh sun. Wigs were made from human hair, either taken from slaves or the dead, and stiffened with beeswax. The most prominent colours for wigs were red and black, and those who could afford an extra and quite extravagant touch would sprinkle their wigs with gold dust! As for the Pharaoh’s children in the New Kingdom, they wore a distinctive plait on the right side of their heads.