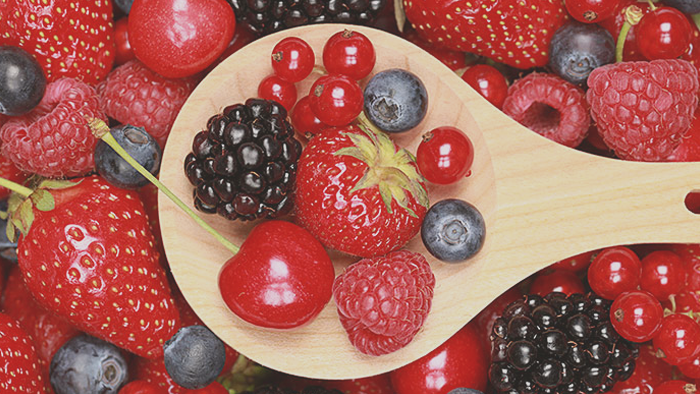 Posted at 18:02h in Aphrodisiacs by admin

In Brazil, the Acai Berry is drunk more commonly than milk, and is considered a mystical fruit potion that fuels hedonistic energy! When it comes to the Acai Berry and sex, the collaboration is obvious. This tropical fruit is rich in vitamins, minerals, fibre and carbohydrates, which makes it the perfect fuel for any physical activity, including sex! Modern science has studied the nutritional composition of the fruit and determined that the natural compounds found within the fruit significantly increase overall energy and well-being, and effectively help to improve sexual function. In other words, not only does the fruit enhance your health and dramatically increase your energy; it also prepares your body for better and more frequent sexual activity!

The apple has often been considered the original ‘forbidden fruit’ from the Garden of Eden and has had been revered for its aphrodisiac qualities by the Ancient Greek times right to the Middle Ages.  The Ancient Greeks loved the fruit so much that instead of slipping a ring onto a fair maiden’s finger, a Greek warrior would toss an apple to the  ‘apple of his eye’. If she caught the fruit, the act was as good as an engagement. In the Middle Ages, the apple has had a rather bizarre aphrodisiac role attributed to it. According to legend, if a woman sleeps with an apple perched in her armpit and convinces the man of her desire to eat it the next day, it was believed that he would fall madly in love with her! Yet there might have been some truth behind the aphrodisiac qualities of apples! Researchers at Santa Chiara Regional Hospital in Trento, Italy hold that the compound phloridzin found within the fruit are similar to the female sex hormone estradiol, which plays a large role in sexual arousal. Apples, similar to wine and chocolate, are rich in polyphenols and antioxidants, which help to stimulate blood flow to genitalia and help with sexual arousal.

For the Aztecs, the avocado tree was referred to as the ahuacuatl, or the ‘testicle tree’, as its fruits hung in pairs. Apart from the fact that the avocado’s aphrodisiac value was based on such a resemblance, it was also on their ability to incite sexual passion, so much so that the Aztecs forbade their maidens from leaving the house during the harvest season! Even the Spanish Catholic priests had found the fruit so obscenely sexual that they banned it from being consumed. When Louis XIV found his ageing libido in need of reviving, he turned to the exotic fruit for help, naming it, la bonne poire, meaning the good pear. Louis XIV might have been right, as avocados are packed with Vitamin E, which is important in the production of the sex hormone testosterone.  They are also known to stimulate sexual responses like clitoral swelling and vaginal lubrication.

A prominent player in aphrodisiac lore, the pomegranate was regaled as a sacred symbol of Aphrodite by the Ancient Greeks. But it was also the pomegranate’s colour alone, the deep red of the seeds, that seemed to inspire sexual desire and heat. So it’s no wonder that was looked to as a food that enhances desire and encourages love! Pomegranates help to protect the lining of blood vessels, which in turn allows more blood to flow resulting in increased genital sensitivity. And its juice is said to work wonders in enhancing sexual stamina.  It seems that the ingredients of this exotic fruit make it a “natural Viagra”. Researchers from Queen Margaret University in Edinburgh, found that both female and male subjects, aged between 21 and 64 who drank a daily glass of the fruit’s juice for a fortnight, experienced a surge in testosterone levels.

Figs have been heralded as one of the most potent aphrodisiacs. While the fruit does indeed smell and taste great, the look of it is perhaps what makes it so sexual. Its velvet skin on its outside and its velvety pink texture inside, the fig does mimic the unmentionables of the females! Author D. H. Lawrence even dedicated a poem entitled “Figs” to its sensuality! The fruit is rich in compounds of arousal; flavonoids, polyphenols and antioxidants all help to put you in a euphoric haze to prolong sexual desire and intercourse.

Goji Berries have long been believed to possess the capability of enhancing the human libido. In Asian countries, these berries have traditionally been used as a sexual tonic, helping to improve the sex drive in both women and men. As a result of natural ageing, levels of testosterone drop down thereby reducing the sex drive. Yet the intake of Goji Berries increase the levels of testosterone secreted, particularly among males!