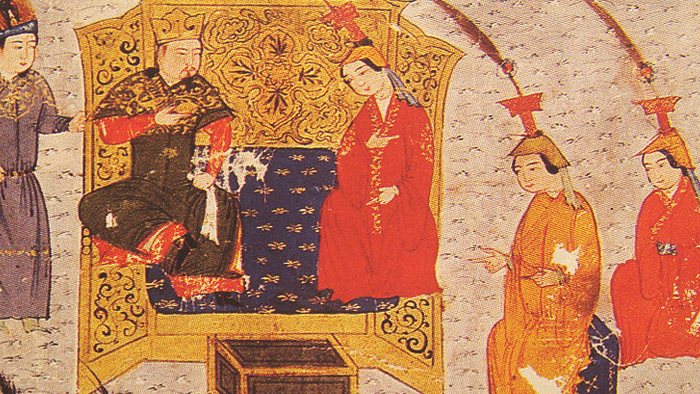 In the thirteenth century, Central Asia’s Turkic-Mongolian nomadic tribes united under the forceful and charismatic leadership of Genghis Khan, who ruled from the Carpathian Mountains to the Sea of Japan, the largest area ever to be dominated by a single dynasty. Whilst many remember the Mongols as “barbarians” or as a menace to civilized life, it would be a mistake to assume that they did not appreciate female wisdom or that their women did not wield authority. On the contrary, women were highly valued in Mongol society and they often played extremely important roles. Without these women, there would have been no Mongol Empire.

Here are 10 facts you probably did not know about these Mongol Women:

In old-age Mongol belief, it was advantageous if a man’s wife was older than him, as she would be wiser and be able to guide him in worldly matters. It was also considered unmanly and a sign of immaturity if a Mongol man did not listen to the advice of his women.

During the time of the Empire, Mongol women rejected the customs of the civilized women of neighboring cultures, such as wearing the veil, binding their feet or living in seclusion. They raced horses, commanded in war and even wrested men in public sporting competitions.

Genghis Khan had a well-founded and unshakable faith in his daughters and the women who surrounded him. He sought their guidance at some of the most crucial points during his rule, and is quoted as saying, “Whoever can keep a house in order, can keep a territory in order”.

Genghis’s daughters-in-laws acquired important positions, and became Beki, an honorific designation previously used primarily for powerful men, or Khatun, a queen. Whereas his sons-in-law did not receive any title other than güregen, meaning “son-in-law”. They usually entered a harsher bargain, serving in the Khan’s army and fighting his wars. They tended to be killed at a high rate, and most of them never had the chance to return home for very long.

Mongol women held the right to inherit property from their deceased husbands and it had been customary that the mother became head of the family if the father was to die.

Even in matters of sexuality, Mongol women were said to exhibit more control. Mongol men were considered sexually shy at marriage, and so it had been the duty of a wife to coax her husband into his role.

If a Mongol wife could not persuade her husband to perform his martial role, she even held the right to publically seek redress. In a famous episode, a wrestling champion’s wife told Genghis Khan’s son Ogodei that her husband had not touched her, as he did not want to sap his strength and for it to interfere with his athletic training. In the end, Ogodei summoned the wrestling champion to give up the sport and tend to his wife.

In Mongolian society, the identity of a child’s father was not really questioned; all that mattered had been the mother’s success in raising her children.

Sorghaghtani Beki, Genghis Khan’s daughter-in-law was known as the “Mother of the Great Khans”. As an illiterate mother, Sorghaghtani placed great importance on educating her four sons. Kublai Khan established the Mongol Yuan dynasty with its capital moved to Beijing, while another influential son, Hulagu, established the Mongol Ilkhanate, which governed Persia and parts of the Middle East. Her lessons to her sons had indeed been extremely effective.

Khutulun was a renowned Mongol wrestling princess. As the great-granddaughter of Genghis Khan and niece of the Kublai Khan, she told her parents that she would only marry a suitor if he could match her strength and gamble a hundred horses on his chance of beating her. And she turned out to be quite a match, accumulating ten thousand horses over the years.