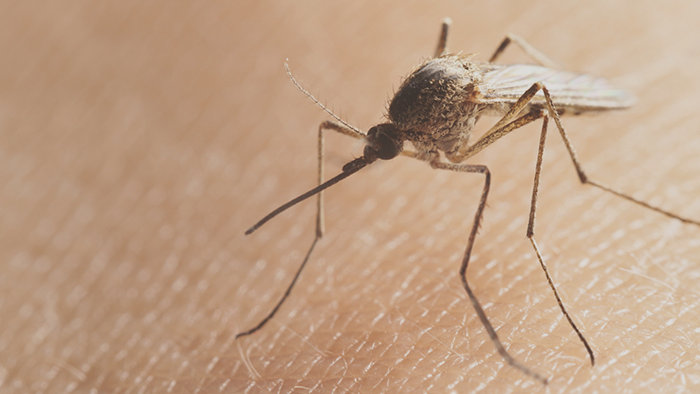 02 Jul Mosquitoes: How to Avoid those Bites

If you happen to be one of those people who never get bitten by mosquitos then this blog post may not be for you. For the 20% of those who always do, then read this post carefully! It seems as though synthetic mosquito sprays and ultrasound mosquito repellents are proving to be less and less effective these days. However, the problem with such self-defence methods is that they ignore a fundamental principle of any military strategy: knowing your enemy! In order to avoid being bitten by mosquitos, you should understand why mosquitoes bite some people and not others. It is also imperative to avoid being bitten as mosquitoes carry parasites and viral diseases such as dengue fever, chikungunya and several types of encephalitis (brain inflammation).

Mosquitoes bite in order to consume proteins that are in your blood. However, the type of protein depends on your blood type. If you happen to be part of the blood group O, then you aren’t as lucky, as it is happens to be the protein that mosquitoes prefer! According to research, you are two times more likely to attract mosquitoes than someone in blood group A. You should wear protective clothing, even if your friends happen to be in shorts and have not been bitten. If you are part of group B, you are at intermediate risk.

Mosquitoes locate their prey by sensing the carbon dioxide they emit through respiration. They are known to be able to locate a large mammal, more than 50 metres away, using a small organ called the maxillary palp that is located in their jaw. The more you breathe, the more you carbon dioxide you will emit, and the more likely you will be in attracting mosquitos. For those of you who have a high body mass or are exercising, you should protects yourselves more than others! This also helps to explain why children are bitten less than adults.

In addition to carbon dioxide, mosquitoes locate their victims through the odour of lactic acid, urea, and ammonia they emit when they sweat. For those people who are agitated, are suffering from a fever or who naturally have a higher body temperature will attract more mosquitoes.  Showering helps drive these odours away!

According to a study, drinking a single can of beer increases the attraction of insects, as it is believed to be related to the presence of ethanol (alcohol) that attract mosquitoes. However this has yet to be confirmed. What is certain, however, is that once you’ve had a beer, mosquitoes are more strongly likely to be attracted to you!

Although it may seem ridiculous, mosquitoes not only locate their prey through smell but also through sight! According to entomologist James Day, of the University of Florida, if you happen to be wearing clothing that strongly contrasts with your environment, for instance, black, navy or red colours, then mosquitos will be able to track you down more easily.

Several studies have shown that pregnant women attract twice as many mosquitoes as they produce 21% more carbon dioxide than usual and as their body temperature is higher than 0.75 ° C.

Mosquitoes prefer to bite regions of the body where there are lots of little bacteria of different species, which include the ankles and feet.

The size of your mosquito bite does not depend on time that the mosquito has bitten you but the reaction of your immune system to the saliva of the mosquito. And so, the more you are bitten by the same mosquito species, the less likely it is that your skin will react. Unfortunately, there are over 3,000 different species in the world!

But to conclude this letter on a note of hope, know that scientists are currently working on the reasons why a minority of people are rarely bitten. They seem to emit chemical compounds that act as natural repellents.  A natural and effective spray could thus be developed enabling pregnant women, those of the blood group O, those who exercise and wear dark to avoid being bitten. Meanwhile, experts from the American Association mosquito surveillance offer a natural trick to repel these invaders: by placing a few drops of the essential oil of lemon eucalyptus (Eucalyptus citriodora) on skin!