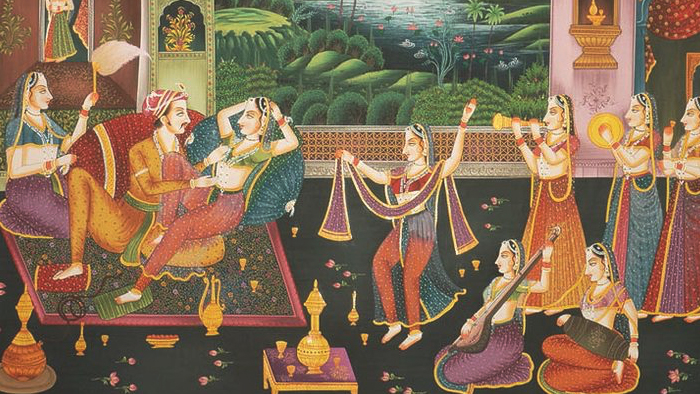 28 Apr The Opulence of Mughal Women

Posted at 10:54h in Beauty, History by admin

The founder of the Mughal dynasty, Zahirud-din Mohammed Babur ‘the Tiger’, had been a descendant of Timur and Genghis Khan, the mighty Emperors of Central Asia. Descending from the Fergana Valley and later from the snow-capped mountains at Kabul, in 1525 Babur crossed the Indus and swept into Punjab, the northwest’s strategic gateway. His eyes and ears had been captivated by the extraordinary Indian landscape, flora, fauna, architecture and people, and from that moment on, he began the Mughal dynasty which left a profound influence on the subcontinent.

From the sixteenth to nineteenth century, the Mughal Empire ruled large swaths of the Indian subcontinent. However, its significance lay not only in its size, it too presided over an important golden age of arts, literature and culture, which represented a blending of Indian and Persian styles.

The Mughal grandeur famed worldwide really began with the imperial Mughal women themselves; they had personified the opulence and splendour of the empire. Here are ten facts you may not have known about the royal Mughal ladies!