Etan has played a key role in traditional medicine throughout history. To the ancients, it was considered sacred and was more precious than gold. It was praised as a ‘Gift to the Gods’ or the ‘Tears from God’ and was given to ‘The Long Lived’.

The Egyptian Pharaohs, Mesopotamian God kings and Israel’s High Priests were all enticed by its divine power and magic. It was the stuff that healed ‘dis-ease’ and helped ‘pre-sent’ the soul. Sadly, over the centuries, its exact designation, precise use and overall medicinal potential have all been widely forgotten.

Known by its scientific name Boswellia papyrifera or as frankincense to the European world, modern science has recently revealed the first justifications for Etan’s original fame in antiquity.

The new findings identified various boswellic acids as the effective substances contained in Etan, producing anti-phlogistic and anti-tumour effects comparable to steroidal or non-steroidal anti-inflammatory drugs and, interestingly, without any side effects.

Prof. Dr. Oliver Werz (Professor for Pharmaceutical Chemistry, Friedrich-Schiller University Jena) has discovered that Boswellia papyrifera from Ethiopia contains the highest acetyl-keto-ß-boswellia acid content and is, therefore, superior to all other frankincense species, with anti-inflammatory virtues so far unknown in phyto-pharmacy. Hence, derivatives from Boswellia papyrifera provide unique and promising cures for a multitude of diseases that cannot be treated satisfactorily today, offering a vast opportunity to medicinal, pharmaceutical and cosmetic industries.

Together with experts in the field, Amonbê will develop a profitable and sustainable business that will benefit society by preserving nature. The objectives are: 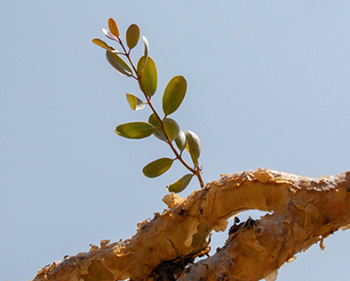 the farming of wild growing Etan forests in Shire, centre of the Semien Mi’irabawi of the Tigray region in Northern Ethiopia and oversee the sustainable utilisation of the natural resources and its derivatives. 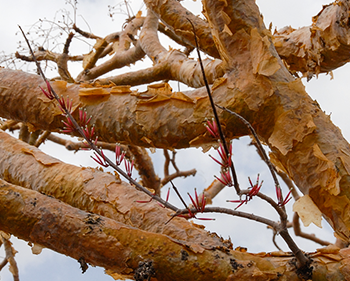 an industrial plant extract facility, processing plant material into refined products and to provide a regular employment to the rural communities and to retain the economic benefits in the country. 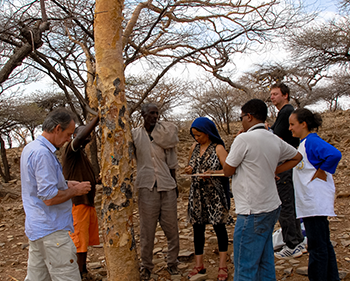 the continued use and long-term survival of Etan species, while helping to combat the degradation of watersheds and general erosion. 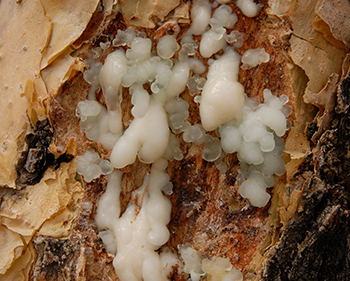 It is Amonbê’s intention to establish a nursery farm in Ethiopia that will oversee the replanting of the endangered Etan species and its sustainable harvest. With the help of German donors, extraction technologies will be used in order to increase the quality supplied to the world market. This entity is presently in formation and will be staffed with an experienced management team together with forestry experts from the University of Meke’le and members of the phyto-pharmacologists of the Universities of Tübingen and Jena. Etan studies that have been conducted since the 1990s in Tübingen confirm the potential of the Boswellia papyrifera components. Experts from the University of Meke’le have been exercising field research since 2000 and their experience will be integrated in this project. The combined expertise allows the ‘Global Garden’ Ethiopia project to introduce a unique product to the global market.

The Global Garden forest conservancy and harvesting program will ultimately recruit some 700 seasonal workers (men for tapping and 100 women for selection process). These 700 workers represent, with their families, some 5,000 people; the impoverished and mainly women in the processing area are benefiting from this project, which is in accordance with the aims of the ADC’s sustainable land management and biodiversity targets supporting the protection of the Boswellia papyrifera species.

This plan will help the local people in rural areas to develop infrastructure projects, which include schools, health centres—particularly important in malaria prone areas—and as such ultimately supporting a better social environment.