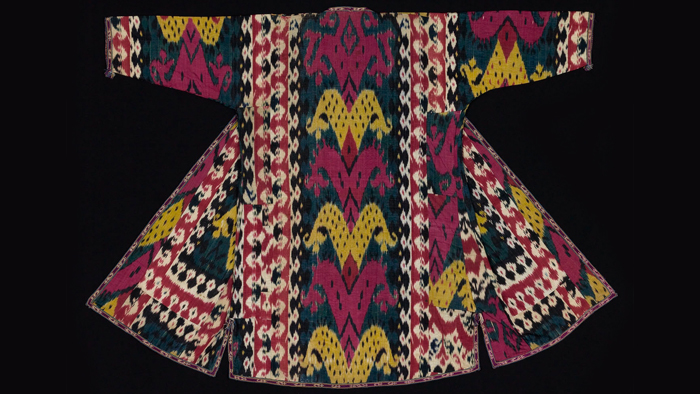 Although ikat weaving has emerged from different parts of the world, with its original source still unclear, it is the silk ikat from Central Asia, defined as abrabandi, meaning “bound-cloud”, that is certainly the most striking. These ikats are made using a resist dye technique whereby the warp yarns (vertical threads) are bound and hand-dyed before being woven with the weft yarns (horizontal threads). Such binding and dying processes are extremely complex and the more colours and more complex the patterns are, the more admired the abrabandi robe is. After all, the attention to detail and finely tuned skills of abrabandi masters is suitably couture. Time-honoured processes are highly valued and continue to be taught to young apprentices.

Here are 8 interesting facts on Central Asia’s most precious textile!