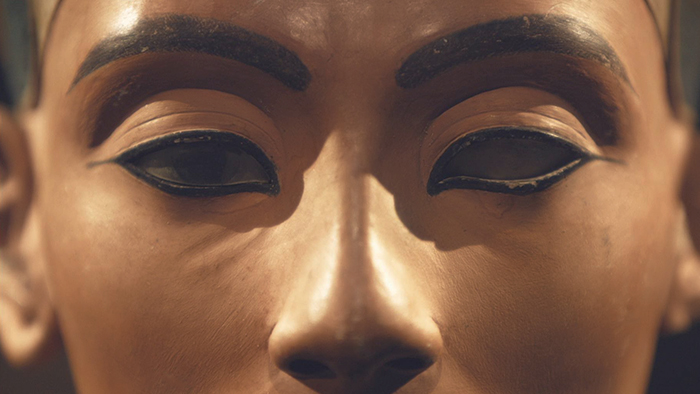 03 Feb Eye-Liner: A Remedy of the Ancient Egyptians

Posted at 13:20h in Beauty, History by admin

Queen Nefertiti and other ancient Egyptian royals were renowned for their stupendous gazes and legendary beauty, and most notably their dark-outlined eyes. The ancient Egyptians regarded beauty as a sign of holiness, and profusely used lead-based substances as cosmetics, including an ingredient in their black eye make-up. But asides using it for aesthetic purposes, they also believed that this makeup also played a ‘magical’ role, in which the ancient gods Horus and Ra would protect wearers against several illnesses. Until very recently, modern scientists largely dismissed this possibility, aware of the fact that lead-based substances can be quite toxic. However, new findings suggest that they were not entirely misguided in believing that their make-up would prevent illnesses and infections. In 2010, scientists in France, including Christian Amatore, Philippe Walter, and colleagues, discovered that their alluring eye make-up may have been used, not only for enhancing their beauty, but to help prevent and treat eye disease, by acting as an infection fighter.

By analysing 52 samples from ancient make-up containers preserved in the Louvre museum in Paris, scientists identified four different lead-based substances. In the new study, they discovered that the substances boosted production of nitric oxide by up to 240% in cultured human skin cells.

Many know recognise nitric oxide as a key signalling agent in the body, its roles include revving-up the immune system to help fight disease. Eye infections caused by bacteria can be a serious problem in tropical marshy areas such as the Nile area during floods. Therefore, the ancient Egyptians may have deliberately used these lead-based cosmetics to help prevent or treat eye disease, noting that two of the compounds do not occur naturally and must have been synthesized by ancient Egyptian ‘chemists’.

As stated in their findings, “The present data thus establish that the eyes of Egyptians bearing the black makeup were presumably prone to immediately resist a sudden bacterial contamination with extreme efficiency through the spontaneous action of their own immune cells. Indeed, it is well recognized today that in most tropical marshy areas, such as was the Nile area during floods, several bacterial infections are transmitted to humans following any accidental projection of contaminated water drops into one’s eye.

“These data fully support that Horus’ and Ra’s protection that ancient Egyptians associated with this makeup and particularly with its laurionite component was real and effective, despite the fact that its ‘magic’ implications seemed a priori totally irreconcilable with our modern scientific views and contrast with our present understanding of the toxicity of lead ions. One cannot evidently go as far as to propose that laurionite was purposely introduced into the composition of the makeup because of any recognized antibacterial properties.

“|Yet, one can presume that ancient Egyptian ‘chemists’ recognised empirically that whenever this ‘white precipitate’ was present in the make-up paste, their bearers were enjoying better health and thus decided to amplify this empirical protective function by specifically manufacturing laurionite. Many examples of such subtle observations and medical conclusions that would have a priori been surprising can be found even in our recent history. It is sufficient, for example, to think about the historical origin of penicillin, aspirin, or quinine. . .

“Anyway, whether or not the manufacture of these lead chlorides was deliberately connected to preventive health care by Egyptians, it is clear that such intentional production remains the first known example of a large scale chemical process. It is no wonder that kemej, the Egyptian word that referred to the Egyptian land and to the black earth of the Nile valley, was handed to us via the Greeks and then the Arabs to eventually coin our present ‘chemistry’.”