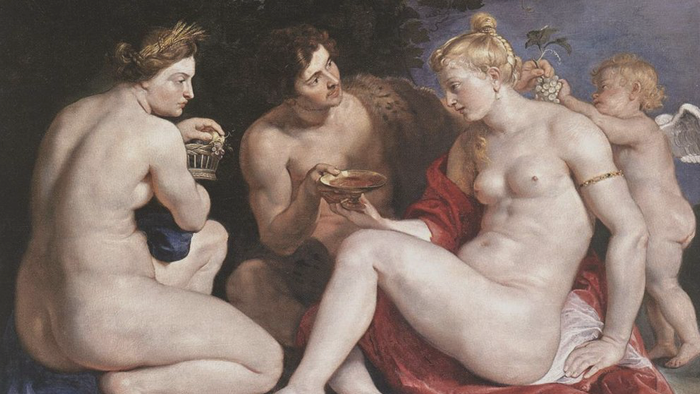 Posted at 14:00h in Aphrodisiacs by admin

The word aphrodisiac has its origins with Aphrodite, one of the most powerful ancient gods, known as Venus to the Romans, Latin for love or sexual drive. And her origins are dramatic, to say the least. When Titan Uranus was castrated by his own son, Kronos, his severed genitals were thrown into the sea. Aphrodite was believed to have emerged from the foam, which might explain why seafood has long been linked to love and sex, and why Aphrodite is often seen emerging from a seashell.

It comes as no surprise that aphrodisiacs, defined as foods or agents that arouse sexual desire, date back to the dawn of civilisations. In the ancient world, procreation was both an important moral and religious issue, and so aphrodisiacs were sought to insure both male and female potency.

Food and sex are perhaps the most primitive human drives, and so their connection to one another makes sense on a certain level, eating is a basic need associated with pleasure, somewhat akin to arousal. While most of aphrodisiac mythology stems from foods with suggestive colours or shapes, certain foods do contain properties that stimulate pleasure centres in the brain. Whether or not these foods hold the potential to enhance amorous feelings is still largely under debate, nevertheless ancient wisdom tells a different story.

In the course of history, various foods have been held in the highest regards as aphrodisiacs. Yet not all aphrodisiacs have been easy to come by—nor have they been all that appetising. The Ancient Romans were said to prefer more exotic aphrodisiacs such as hippo snouts and hyena eyeballs. Ancient Asia believed that eating tiger or deer penis would enhance sexual performance and had also considered insects as important aphrodisiacs too. Additionally, a variety of phallic head protrusions, including rhino and narwhal tusks have been touted as aphrodisiacs. Other unusual aphrodisiacs include goat testicles boiled in milk, the white bark of the Arjuna tree, the Spanish fly and skink flesh.

Stayed tuned for our series of blog posts on foods that encourage friskiness and enhance the frisking that might be worth adding to your menu!