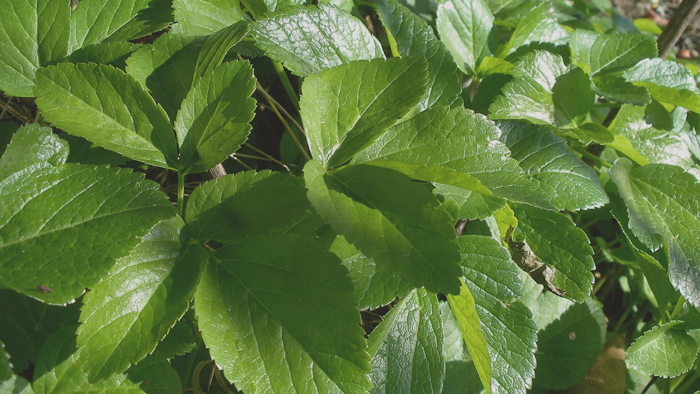 27 Aug The Arsenal of Medicinal Plants

Phytotherapy or ‘herbal medicine’ is often considered ‘second class’ medicine, with the longstanding belief that plants are ‘less effective’ than drugs. A little known fact is that plants contain no less than 16 major categories of active properties. Active products have an effect on human physiology. Administered in high doses, they can be extremely toxic, yet in administered smaller doses, they can have remarkable effects on the health.

Such an abundance of active properties goes a long way in explaining the multiple uses of plants and today; we’ll explain the most important of these active properties. We won’t be talking about essential oils, vitamins, fatty acids or minerals, as we have already discussed them in most of our previous blog posts. No, today, we’ll be going over 4 lesser-known but equally important properties—alkaloids, polysaccharides, saponins and flavonoids. These are important to know if you want to widen your knowledge on the medicinal properties of plants and you definitely won’t regret getting familiar with them!

Alkaloids are the first of active ingredients to have been isolated by man to manufacture drugs. One can point to the extraction of quinine from cinchona bark used in order to fight off malaria, or digoxin extracted from digitalis to treat heart complications or even morphine extracted from opium utilised to relax a patient and relieve coughing. Alkaloids are active and powerful molecules indeed. For instance, vincristine from the Madagascar flower Vinca rosea is used in chemotherapy to treat blood cancer (leukaemia). Atropine, present in belladonna, dilates the pupil and in past, allowed ophthalmologists to examine the bottom of the eyes. Just remember that alkaloids are one of the foundations of modern medicine, and by convention are given names ending in ‘ine’ in order to recognise them as such.

Polysaccharides are, as their name implies, sets of sugar molecules that are linked together, and are found in almost all plants. Quick note: they do not necessarily have a sweet taste! At times, they can’t even be digested and can cause fermentation in the intestines. This is why those who suffer from bloating should try to avoid fruits that contain high levels of polysaccharides, as they are rather difficult to digest. In phytotherapy, the most important polysaccharides are viscous gums and mucilages found in the roots and seeds of plants. Mucilages and gums absorb large quantities of water and form a gelatinous mass that calms the irritations of the intestine, cures constipation and protects inflamed tissues. The most famous plant for its polysaccharides is red elm and featured as an effective remedy by the Native Americans and was later adopted by European settlers. Native Americans used the inner bark of the tree to cure sore throats, coughs, irritations of the digestive tract and various skin wounds and inflammations. During the American Civil War, military surgeons used the tree as a poultice to heal the wounds of the soldiers. Currently, the FDA recognises its use in pellets and syrups against coughs, as well as sore throats.

Saponins are substances that, like soap, produce foam when mixed in water. They are are among the main constituents of many medicinal plants. Their chemical structure is in fact very similar to steroids—that is to say human hormones such as oestrogen, cortisone and testosterone. Wild yam (Dioscorea villosa) contains steroidal saponins from which the first birth control pill was made, by American physician Gregory Pincus in 1954 to be more precise. But Pincus himself had been acquainted with the substance used by the German physician Ludwig Haberland in 1922. He injected yam extracts to block the process of ovulation of his patients. The procedure, which was too expensive, was later abandoned, but the possibility of blocking ovulation with a simple pill turned out to be a huge success. It was not until later—and, indeed, quite recently—that disrupting the woman’s natural menstrual cycle had several disadvantages.

Flavonoid can essentially be described as the pigments that colour flowers and fruits in yellow or white. For example, buckwheat and lemon trees contain hesperidin and rutin, flavonoids that strengthen the wall of the capillaries. Some flavonoids even have anti-viral and anti-inflammatory properties. The isoflavones found in red clover have oestrogenic effects and are effective in the treatment of menopause.