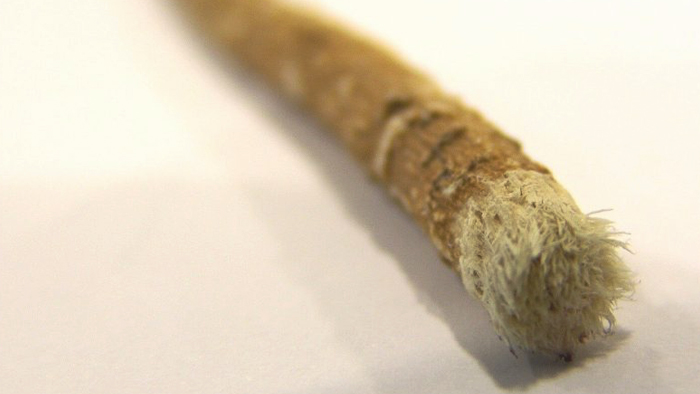 Posted at 08:11h in Beauty, History by admin

The toothbrush might be a recent phenomenon in Europe however its ancient counterpart, the chewing stick, has been used for thousands of years by countless civilisations including the Ancient Egyptians, Greeks and Romans. It was however the Babylonians who were its earliest users, with records dating back to 3500 B.C.E.

Derived from a number of medicinal and aromatic trees, stems or roots, these natural toothbrushes have no doubt played an important role in ancient rituals of oral hygiene and natural tooth cleansing. After all, the ancients understood very well that good oral heath was a major influence over their general quality of life and well-being. White shiny teeth were, for many of these civilisations, a symbol of beauty, attractiveness and ultimately, health.

Several ancient healing manuscripts stressed the maintenance of oral hygiene and advocated the use of the chewing sticks. For instance, the earliest Ayurvedic texts, such as the Charaka Samhita (circa 900-600 B.C.E.), recommends the use of twigs from the neem tree, ‘the elixir of life’, stating that they should be chewed several times a day, in the mornings and after meals. As the twigs could be bend or broken in the middle, similar to a bow, they were also convenient tools for scraping the far end of tongues. And as the Indian subcontinent’s civilisations were quite meticulous when it came to avoiding germs and infections, they made sure to use a new, fresh twig for each cleansing routine.

There was also a religious precedent for the use of chewing sticks. In holy Islamic writings of the Hadith, Prophet Mohammed recommends their use as part of the purifying ritual that preceded daily prayers. He advocated the use of miswak, the twigs from the arak or toothbrush tree (Salvadora persica). They were, according to him, a purgative for the mouth and a pleasure to Allah. And so, the civilisations of the Islamic empires chewed on miswak before religious practices, before entering one’s house, before sleeping and after waking up, before engaging in social gatherings and when experiencing hunger or thirst. The medicinal benefits of miswak were also lauded as it strengthened gums, prevented gum disease and eliminated tooth decay. Their bristles were also dipped in rose water, as they were prone to dry, which also helped to eliminate bad breath and improve the sensitivity of one’s taste buds.

There were also a number of trees that were sourced for chewing sticks. These include the olive, walnut, cinnamon, liquorice, kikar, gum Arabic and eucalyptus tree among many others. Each type of chewing stick also held different stories and origins associated with them. For instance, in Senegal, the matou-kel was believed to bring luck and was named after the tree where the bush deer, so prized in Senegal for its tender tasty venison, liked to feed and rest.

Still today, chewing sticks continue to be used by traditional societies across India, Africa and the Middle East. As a more natural, effective and cheap alternative to modern ways of oral hygiene, the benefits of these natural toothbrushes are numerous. They contain natural fluorides, fight plaque better than traditional toothpaste, whiten teeth naturally and keep the mouth refreshed and perfumed. The chewing motion also helps to strengthen teeth enamel and gums and as it increases blood flow through the teeth, it helps to keep them stronger. As they can be discarded each time after use, they contain fewer bacteria than modern toothbrushes, helping to keep the mouth free from aches and gum disease. Another advantage in using chew sticks is smoking cessation. Chewing sticks may reduce the need for a cigarette and may also slow the potential for weight gain while one is trying to stop smoking.