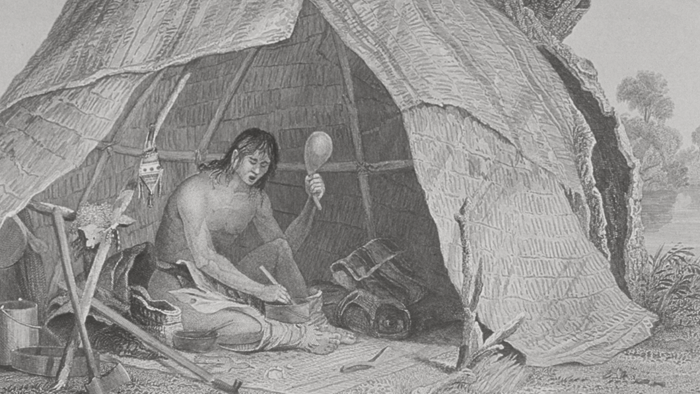 Posted at 18:13h in History, MAPs, Well-Being by admin

When arriving in America, English colonists were frightened by the medicine of the Native Americans, whom they referred to as the ‘Redskins’.

The Natives’ use of medicinal and aromatic plants played a role in shamanism, healing rites and other forms of religious practices, which of course frightened the colonists, who claimed Native medicine to be diabolical. And so to heal themselves, the new settlers tried to bring in European medicinal plants to the new continent. However, those who mustered the courage to try Native medicinal practices soon realised their effectiveness.

Three centuries later, an unorthodox herbal practitioner, Samuel Thompson [1769-1843], became interested in the medicinal plants of the Native Americans, and claimed to have ‘invented’ a new discipline—physiomedicalism. As the son of a poor and illiterate farmer from Alstead, New Hampshire, Thompson’s aim was to make a fortune, and he claimed to have developed a ‘curative regime’ based on emetic substances (which cause vomiting), purgatives (which drain the intestines), stimulants as well as steam baths. Thompson kept his ingredients a secret, however they were all Native American plants and included:

Thompson’s ‘therapeutic regimen’ was effective: it raised body temperature, dilated blood vessels and strengthened the immune system. It ultimately helped to increase resistance to infection and accelerated healing. The ‘physiomedicalists’ enjoyed great success from the end of the nineteenth century—a success that unfortunately failed to attribute its real founders.

Then came along Wooster Beech [1794-1868], an American physician who created ‘eclectic’ medicine, born from a fusion of three primary elements: European knowledge, Native American knowledge and improvisation. Eclecticism was a great hit in the US and had over 8,000 members by 1909, who spent more than 114 years studying North American medicinal plants. They made known the virtues of the oil of evening primrose (Oenothera biennis), which tightens skin pores and is widely used today as a cosmetic product, damiana (Turnera diffusa) as an antidepressant, California poppy (Eschscholzia californica) which induces sleep and even witch hazel (Hamamelis), indispensable plant in dermatology.

However American phyto-therapy (herbal medicine) rapidly declined after 1907, when the government began to subsidise medical studies of chemical drugs that took over natural products. The laboratories nevertheless used Native American plants to search for possible active molecules. And in fact, although largely unknown, the first contraceptive pill produced by Syntex laboratories in the 1950s was developed from a natural, progesterone-like steroid discovered in wild yam. Wild yam was well known to the Aztecs, who used it as a painkiller and against rheumatism. And in fact, the steroids present in the yam are molecules of the family of cortisone, the treatment used today against acute osteoarthritis. And so it is only natural that yams include important anti-inflammatory and pain-killing properties.