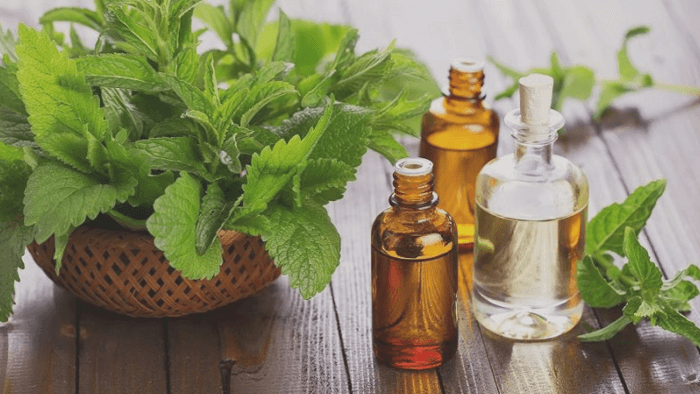 Powerful and enticing, Patchouli oil has been revered by several ancient cultures for its musky, earthy scent for hundreds of years. Extracted from the leaves of the highly-valued Patchouli plant (Pogostemon Cablin), which belongs to a family of other well-known aromatic plants including Lavender, Mint, and Sage, Patchouli oil has been extensively used in cosmetics, medicine and aromatherapy for its sedative yet stimulating properties.

Patchouli is native to and extensively cultivated in tropical regions such as Brazil, Hawaii, and Asian regions like China, India, Malaysia, and Indonesia. The plant is believed to have received its name from the Hindi word pacholi, meaning ‘to scent’. Another theory states that its name derives from the Ancient Tamil words patchai and ellai, meaning ‘green leaf’.

Patchouli oil is very expensive and it seems to have always been the case. Its high value inspired early European traders to exchange the plant for gold; one pound of Patchouli was worth one pound of gold! Pharaoh Tutankhamun, better known as ‘King Tut’, was also buried with 10 gallons of patchouli essential oil inside his tomb. The oil was also used to scent Indian fabrics such as fine silks and shawls to rid them of moths and other insects during the 1800s. The story goes that the scent of Patchouli oil became the standard by which fabrics would be judged as being true ‘Oriental’ fabrics. Even English and French tailors would scent their fabrics with artificial Patchouli oil to boost sales!

Patchouli oil’s active chemical components contribute to its therapeutic benefits that give it the reputation of being a grounding, soothing, and peace-inducing oil. It has indeed many medicinal virtues that can relieve or heal, and has been used in the major medical systems of the world, including Chinese medicine and Ayurveda for both external and internal applications. Patchouli oil continues to be traditionally used in Asian folk medicine to treat hair problems like dandruff and oily scalp, as well as skin irritations like dryness, acne, and eczema.

The essential oil of patchouli increases our general well being through stimulating the stomach, liver and intestines in order to optimise their metabolic functions. It too regulates endocrine secretions of hormones and enzymes, and strengthens our immune and nervous systems. When used in aromatherapy, patchouli oil is known to relieve anxiety, stress and depression, and has an extremely effective soothing effect. It too has been lauded as an aphrodisiac and treatment for sexual disorders; it is known to stimulate the production of hormones such as oestrogen and testosterone, and increase desire. It is useful against impotence, loss of libido and frigidity and its effects are attested by its use in tantric sexual exercises!

You can make your own patchouli oil at home by soaking and mixing the dry leaves of patchouli in either jojoba, olive or sweet almond oil. When mixed with patchouli, jojoba oil works as an excellent soothing balm, olive oil for massage whilst sweet almond oil is great as a moisturiser for both the body and scalp.

You can start by placing a few leaves of the patchouli plant in a sanitised and dry jar. (Make sure that the jar you will use has a lid!) After pouring the oil of your choice into the jar, close it and shake it! Then place the jar in a pan filled with water over the stove and begin to heat it in a water-bath. Turn off the heat before the mixture boils and allow it to cool off. Shake the jar once again and store it in a dry and dark place for at least a month. Be sure to regularly shake the jar every now and then so that the leaves can soak up the oil. After a month, filtre the mixture and transfer the oil into a clean bottle.

Some Precautions to Take

Patchouli oil is not dangerous. You can mix it with frankincense, sage, cedar, geranium, lavender, ylang-ylang as well as rose essential oil. However, it can be irritating to some, and so we recommend that you first test it on your skin to make sure you do not have an allergic reaction! Also be careful not to get the oil in your eyes, nose or ears!