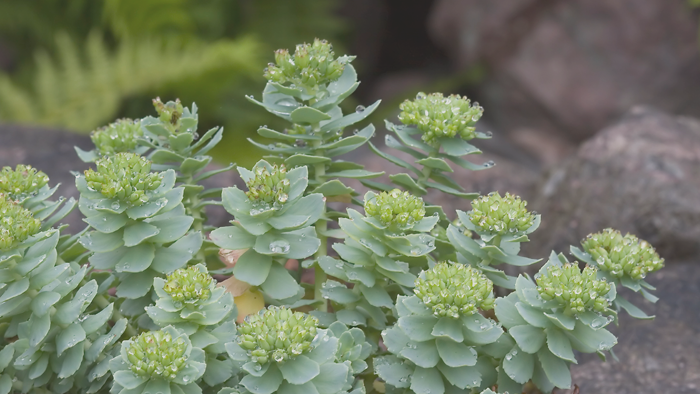 Posted at 12:43h in Aphrodisiacs, History, MAPs, Well-Being by admin

Rhodiola: The Stuff of Myth, Legends and Science Fiction

For 2,000 years, scholars and healers have pored over the texts of Greek epic poems searching for clues to the identity of the mysterious Charm of Prometheus. What is the herb that gives that type of strength?

The myth of Jason, the Argonauts, and the Golden Fleece was passed down from generation to generation by oral tradition, and kept alive in epic poems—among them one written in the 1st century C.E. by the Roman poet Gaius Vallerius Flaccus. Now according to legend, the hero Jason was sent to Colchis, now Georgia, by his uncle Pelias who had promised him the throne of Iolcos if he succeeded in bringing back the Golden Fleece, secretly hoping that Jason would never return.

Having survived many perils, Jason arrived at King Aietes, the holder of the Fleece. The king was loath to part with his treasure, so he demanded that Jason first prove himself worthy by subduing two fire-breathing bulls and using them to plow and plant a field with dragon’s teeth. The king’s maiden daughter, Medea—a master herbalist and sorceress—had fallen deeply in love with Jason, and gave him a magic potion, which enabled him to become invincible.

Apollonius’s description of the plant that Medea used to create the Charm of Prometheus conforms in every detail with the herb that we now call Rhodiola rosea. No other plant growing in the Caucasus Mountains comes even close to a match.

Born from the crumbs of the liver of Prometheus and spread over the Caucasian mountains during his torture by the eagles, Rhodiola gained its reputation as a medicinal plant in Siberia and northern Europe. In these regions, its power was believed to increase physical endurance, sexual vigour, memory and other cognitive functions. The Vikings depended on the herb to enhance their physical strength and endurance, while Chinese emperors sent expeditions to Siberia to bring back ‘the golden root’ for medicinal preparations. The people of central Asia considered a tea brewed from Rhodiola rosea to be the most effective treatment for cold and flu whilst Mongolian physicians prescribed it for tuberculosis and cancer. In Ukraine, the 13th century Prince Danila Galitsky owed his powers to the famous golden root whilst in Siberia today, Rhodiola is offered to newlyweds in order to guarantee the birth of healthy and sturdy children.

Scientific evidence on the benefits of Rhodiola came to light during the 1960s with the advent of numerous clinical studies and scientific publications carried out by the Soviets. For decades, much of this work has remained classified as a ‘defence secret’, as Rhodiola was considered a determining factor in programs aimed at improving the physiological, psychological and intellectual performance of members of the Soviet elite (these included cosmonauts, senior military as well as KGB officers). As in science fiction films, Soviet scientists who had discovered the amazing natural properties of Rhodiola believed they could use them to develop molecules that would transform their army into real supermen!

Since the early 2000s, studies on the intrinsic properties of Rhodiola have been increased and the plant is now classified into the category of adaptogenic plants, as defined by Dr. Breckhman of the Russian Academy of Sciences in 1968—meaning it acts in non-specific ways to increase resistance to stress, without disturbing normal biological functions. In short, Rhodiola has a normalizing activity: it completely reduces or prevents the imbalances arising from stress and is totally safe: it does not create disturbance in the normal functioning of the body.

Those who use Rhodiola are often extremely surprised to feel its positive effects early on, with the most frequently cited benefits as experiencing an increase in energy, relaxation and psychic wellbeing as well as having a better morale and a better ability in coping with stressful situations.

Without stimulating anything directly, Rhodiola puts our body on alert and allows it to respond faster and better adapted to situations of stress. A bit like playing the role of a coach who would help the team to function to the best of their abilities. The herb therefore acts at the crossroads of biology, biochemistry, neurology, immunology and endocrinology.

So here’s a quick recap on the top health benefits of Rhodiola:

With the release of the book ‘The Rhodiola Revolution’, many laboratories have begun to integrate Rhodiola into their formulas. Among these products you will generally find formulas composed from extracts of Rhodiola rosea with the addition of unnecessary and at times doubtful additives. These extracts concentrate only two active ingredients of Rhodiola: rosavins and salidrosides to the detriment of other intrinsic components of the plant that have not been studied but which can nevertheless be thought to be essential for its action.